I continue to pursue my German ancestors (see my blog from last week).  In the process I discovered the German-American Genealogist Blog by Josiah Schmidt at https://schmidtgen.com/wordpress/category/german-genealogy-tips/   This page (part of the author’s website – he is a professional genealogist) has 33 German genealogy tips.  The tips stopped being posted in 2014 which is a shame because they are very helpful.  I started reading through them and feel like I just finished a semester’s course in German genealogy.  I find that every time I start researching in a new part of the world, I become a beginning genealogist all over again, learning new information about people’s name patterns and place names and the records that are and are not available for research.  I guess that is probably why I have never gotten bored with genealogy as a hobby!  In any case, happy research and I hope this new resource is helpful.

I am new to German genealogy.  I always knew my grandmother was German and that her family came to the United States in the 1840’s but I didn’t know a great deal beyond that.  However, having run smack into a big brick wall on my grandfather’s side of the family, I decided to take a break and go down a different path – German genealogy.

I’m learning a great deal but I thought one of the best tips I could share about German genealogy is to research whether there are “family books” or “lineage books” for your family.  The terms in German are Ortssippenbuch (town lineage book) or Ortsfamilienbuch (town family book).

Here is what familysearch.org says about these genealogies:

An Ortssippenbuch (town lineage book) or Ortsfamilienbuch (town family book) includes birth, marriage, and death data for all persons found in the local records during a specified time period, compiled into families. Sources may include the local parish registers, civil registration records, court and land records, and sometimes published material.

Over 620 online town genealogies are currently accessible at Online Ortsfamilienbücher. ( (http://www.online-ofb.de/).  They follow a standard format. And usually, minimal knowledge of German is required. All town genealogies on this website are searchable for individuals by surname or place.

These resources are very helpful to the beginner because they can give you names and dates without the need to read German.  You still need to obtain documentation that the information you find is correct but it is a great head-start especially when you are struggling with language.  Happy research!

Unraveling Your Roots, A DNA and Genealogical Weekend (see attached flyer for details) which is the Maine Genealogical Society Fall Conference and Annual Meeting and it is  just under a month away (Saturday, September 14, 2019 at the Fireside Inn & Suites, Portland, ME).  If you are reading this on line, the week you got it, there is still time to be in the drawing for early registration (August 20) so read fast!

From the beginning it had occurred to the events committee that DNA is not everyone’s “cup of tea”. If you have been researching for decades the traditional way your recent generations are probably pretty complete so what would the benefit be of learning this whole new thing like DNA? You might be surprised.   I come from a pretty boring family, or so I thought. My husband’s family was well researched before I got started on it and if anything, it was even more boring. No horse thieves, politicians or witches to be found. What was DNA going to tell me that I didn’t already know?

Here are just a few things I found out even with the very beginner DNA research I have done on one of the most boring families out there.

Great grandad had a way with women.  I knew my grandmother was the middle of the pack of six girls and 1 boy.  What I didn’t know was who was a sister/brother, half sibling or step sibling (And then there was the one no one talked about). Great grandad had three wives in 10 years and only the one I am related to lived past child bearing age.   Details on family relationships died with my grandparents’ generation because “You didn’t talk about those things”. Also it appears that the names of the mothers were not a priority on birth records before 1900. DNA can help you untangle those roots.  Oh, and it was traditional research pointed me to a coroner’s inquest that revealed a child of the family no one knew about. At eight years old my grandmother discovered the body of her older stepsister that had committed suicide. It was two days before Christmas.  No wonder Grandma never really wanted to talk about her childhood.

Great, Great, grandad was really young at heart.  On the other side of the family we knew little about my mother’s father’s family.  My “real” grandfather died when my mother was eight and she was adopted by her mother’s second husband.  He was “grandpa” to my older siblings but dead before I was even born. My mom’s original family name was Pahler and it is not that common.  I was able to find two groups of them and they were in Ohio and Pennsylvania. But which one was mine? In the end the breakthrough came via DNA because the answer was BOTH!   Good old Jacob Pahler had a wife and six children before he emigrated in 1865. When he got off the boat he had a wife and six kids but the wife was only two years older than his eldest son.   Through DNA it was possible to figure out that the second wife was Jacob’s stepdaughter. He had married her shortly after her mother’s death (in childbirth at 40 something) and then moved to America and had eight more children there.  And so the principle of endogamy touched my boring family with a man having children and grandchildren at the same time.

Identical Twin after all!  This last epiphany is actually about me.  I grew up part of a family of nine and the thing that turned people’s heads as the family entered the room is that the last four of us were two sets of twins born 15 months apart.  Yes, my mother was a saint and a master of time management. We were always told that all of us twins were fraternal twins. Four placentas, definitely fraternal, my sister and I just look a lot alike.   As you can see by the picture the whole darn family looks alike-no nonpaternal events happening here. As we got older though various people would say “You must be identical” and research bore out the fact that there was more than one way to split an egg.  So for Christmas one year I bought a test for my sister. And when she finally got around to taking it her results stated “Either you are Rootsdigger7 or you are her identical twin. Well, there you go! And did you know that our children show up as half siblings though they are truly cousins and raised 1000 miles apart! It is a bit of a shock to find you share more cM with your niece than with your daughter but that is random mixing for you!

Can you imagine what tales from your tree can weave as you untangle your roots with this new tool DNA.  None of these discoveries would be possible without traditional research. None of them would be as interesting without DNA research.  If you are intrigued, if you just want to get away and “Do” some genealogy, this weekend conference is a great place to start. Truly, make it a weekend.  Come stay at the Fireside Inn and Suites (special rate available until Aug. 20). Park for free and take the shuttle into Portland for either the workshop or traditional research at some great repositories.  Have a pizza party at the hotel and mingle with other researchers you only get to see at gatherings like this. Attend the all-day conference and annual meeting. We have great speakers and you will get a glimpse of the big plans we have for 2020 and Maine’s Bicentennial.  Check out the session options, there is something there for everyone.

Register before Aug. 20 and get entered in a drawing to win a DNA Test from My Heritage or two tickets to the Spirits Alive Eastern Cemetery Tour.  For more information and to register go to maineroots.org .

I follow the daily online blog written by genealogist Dick Eastman.  He often has press releases about news in the genealogy world.  Most recently he posted the following press release which is exciting (you can read the full release at his blog here).  You can’t join this group until May 6 but given who the participants are, it is certainly worth doing at that time, particularly if you need help on brick wall problems.  I’ll be joining and I’m guessing I’ll be asking for some help too.  Happy research!

Tampa, Florida – 1 May 2019 – A new Facebook group for genealogy, The Genealogy Squad, is being launched at https://www.facebook.com/groups/genealogysquad on Monday, 6 May 2019. The mission of the Genealogy Squad Facebook group is to provide a positive space for the sharing of appropriate and reliable methods and resources to assist genealogists at all levels in their research activities. The principals and administrators are:

The Genealogy Squad will focus on answering questions and solving problems, while demonstrating best practices in all aspects of genealogical research. The extensive combined knowledge and experience of the four principals in all aspects of genealogical research allows them to respond and share the highest quality information and suggested research paths. 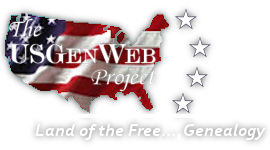