What to Read Next? New Fiction and Mysteries!

Home/Adults/What to Read Next? New Fiction and Mysteries!
Previous Next

What to Read Next? New Fiction and Mysteries!

We have added new fiction and mystery titles.  Click on the title to check availability and reserve!

Arriving in London, brokenhearted Libby Nichols meets elderly Frank who has been riding the bus for 60 years, hoping to find a girl he met in 1962, and decides to help him search, finding her tightly controlled world expanding as she opens her heart to new friendships and romance.

Emil Grimm and his neighbor and fellow Stasi officer Lothar were involved in a final clandestine mission, one that turns deadly when Lothar is murdered. Now Emil must finish the mission alone. Meanwhile CIA agent Claire Saylor is sent to Berlin on a mission of her own. As their missions intersect, Emil and Claire find themselves on unlikely common ground, fighting for their lives against a powerful enemy hiding in the shadows.

Newly minted professional matchmaker Sophie Go has returned to Toronto, her hometown, after spending three years in Shanghai. Her job is made difficult when she is revealed as a fraud: she never actually graduated from matchmaking school. In dire search of clients, Sophie stumbles upon a secret club within her condo complex: the Old Ducks, seven septuagenarian Chinese bachelors who never found love.

The Girl from Guernica by Karen Robards (Sept 2022)

During World War II, Sibil, living in Germany with her father, a scientist working on jet propulsion engines for the Nazi party, joins the underground resistance movement with him, and they become deeply embedded in a web of secrets, lies and deceit that threatens to destroy their already fragile family.

The Sleepless by Victor Manibo (Aug 2022)

A mysterious pandemic causes a quarter of the world to permanently lose the ability to sleep-without any apparent health implications. The outbreak creates a new class of people who are both feared and ostracized, most of whom optimize their extra hours to earn more money. A journalist investigates the suspicious death of his boss.

While running his collection of bars and nightclubs around the world and trying to be a good suburban dad, undercover agent Sam Capra must track down the last American traitor, while facing a threat born of long-ago secrets that could change his and his son’s lives forever.

a searing debut crime novel set in the Australian outback, where the grief and guilt surrounding an unsolved disappearance still haunt a small farming community… and will ultimately lead to a reckoning.

On the Rooftop by Margaret Wilkerson Sexton (Sept 2022)
The talk of the Jazz-era Fillmore, The Salvations–sisters Ruth, Esther and Chloe–find their personal ambitions on a collision course with those of their mother, whose dreams of musical stardom for them forces her to confront the parts of her life that threaten to splinter.

The Unfolding by A.M. Homes (Sept 2022)
Undone by the results of the 2008 presidential election, the Big Guy taps a group of like-minded men to reclaim their version of the American Dream, while facing turbulence within his family, learning what happens when the same words mean different things to people living together under one roof.

The Marriage Portrait by Maggie O’Farrell (Sept 2022)
In Florence during the 1550s, captivating young duchess Lucrezia de’ Medici, having barely left girlhood behind, marries the ruler of Ferrara, Modena and Reggio, and now, in an unfamiliar court where she has one duty–to provide an heir–fights for her very survival.

Nona the Ninth by Tamsyn Muir, Ninth House series #3 (Sept 2022)
Six months ago, after waking up in a stranger’s body, Nona longs to lead an ordinary life with those she loves, but instead is being used as a weapon of destruction to save her people from the Nine Houses.

Hired to kill a rich young woman’s sexual predator husband, ex-private eye Tony Casella, heavily in debt, finds this job leading to other lucrative jobs that also lead to problems with an old, angry associate determined to get a cut of his earnings.

A dead body is found in the basement of a building, and it turns out to be Carrie Singleton’s fiancé’s Uncle Alec, who Dylan hasn’t seen in years. But Alec has no intention of truly checking out, and his ghost makes itself at home in the library, greatly upsetting the patrons. Meanwhile, the town council, of which Carrie is also a member, is embroiled in a hot-headed debate over the fate of the Seabrook Preserve, a lovely and valuable piece of property that runs along Long Island Sound. As the dispute rages, there’s another murder, this time involving a council member. Could the two murders be connected? And could Carrie be next on the hit list?

Winter has come to North Carolina and, with it, a drop in crime. Freed from a heavy work schedule, Tempe Brennan is content to dote on her daughter Katy, finally returned to civilian life from the army. But when mother and daughter meet at Tempe’s place one night, they find a box on the back porch. Inside: a very fresh human eyeball. GPS coordinates etched into the eyeball lead to a Benedictine monastery where an equally macabre discovery awaits. 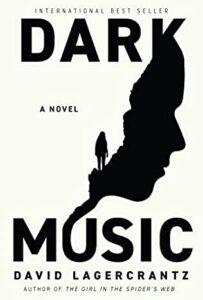 Micaela Vargas, a street-smart Swedish police officer, seeks help from a renowned authority on interrogation techniques to help solve the case of a murdered asylum-seeker from Afghanistan.

A former attorney agrees to help a reclusive literary star find her missing bookseller husband and is drawn into spiraling mysteries and feeling out of his depth when the person who hired him turns out to be an imposter.

Jess Kendall wants to make a good impression on her new boss at Canada’s Dominion Archives and thinks she’s hit the jackpot when she finds some mysterious letters from the First World War. Setting out to unravel their story, she starts researching in the Archive’s art vault. There, however, she stumbles across the body of a colleague.

During the mass evacuation from London in September 1939, a little girl vanishes without a trace and Josephine struggles with the chaos and uncertainty of war.

Phoebe Winchester’s beloved Aunt Eudora has a taste for adventure–and a knack for making magical tea. It’s even rumored that she just might be a witch. So when Eudora passes away and leaves everything to her niece–her Victorian mansion, her bookshop/tea store The Earl’s Study, and one very chubby orange cat named Bob–Phoebe gets more than she bargained for. And she knows she’s in deep when a dead man is found on the shop’s back step, apparently killed while trying to break in.

The  newest Geneva Chase Crime Reporter Mystery turns up the heat with an investigation embroiled in sex, blackmail, and murder.

Killers of a Certain Age by Deanna Raybourn (Sept 2022)

They’ve spent their lives as the deadliest assassins in a clandestine international organization, but now that they’re sixty years old, four women friends can’t just retire – it’s kill or be killed in this action-packed thriller.

In German-occupied Paris, Inspector Henri Lefort has been given just five days to solve the murder of a German major that took place in the Louvre Museum.

When twelve-year-old Esther disappears on the way home from school in a small town in rural Australia, the community is thrown into a maelstrom of suspicion and grief. As Detective Sergeant Sarah Michaels arrives in town during the hottest spring in decades and begins her investigation, Esther’s tenacious best friend, Ronnie, is determined to find Esther and bring her home.

During the Mark Twain Festival, wealthy media mogul Joseph Cabot runs a citywide contest based on The Prince and the Pauper, giving one lucky lookalike access to his wealth for a few days, which leads to murder, and Brooklyn must quickly solve this case before another murder becomes front-page news.

If you need more reading recommendations, call us at 725-5242 — we are always happy to help you find your next great read.