Are you on hold for the latest book by Elin Hilderbrand? Eager to read The Omega Factor by Steve Berry? or Counterfeit by Kirstin Chen?

Here are brand new titles we have added:

It’s been five years since the accident that killed the love of her life and she’s almost a new person now–an artist with her own studio, and sharing a brownstone apartment with her ride-or-die best friend, Joy, who insists it’s time for Feyi to ease back into the dating scene. Feyi must begin her search for real answers. Who is she ready to become? Can she release her past and honor her grief while still embracing her future? And, of course, there’s the biggest question of all-how far is she willing to go for a second chance at love?

The Omega Factor by Steve Berry

The Ghent Altarpiece is the most violated work of art in the world. Thirteen times it has been vandalized, dismantled, or stolen. Why? What secrets does it hold? Enter UNESCO investigator, Nicholas Lee, who works for the United Nations’ Cultural Liaison and Investigative Office (CLIO). When Nick travels to Belgium for a visit with a woman from his past, he unwittingly stumbles on the trail of the twelfth panel for the Ghent Altarpiece, stolen in 1934 under cover of night and never seen since. Soon Nick is plunged into a bitter conflict, one that has been simmering for nearly two thousand years. 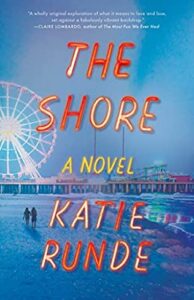 The Shore by Katie Runde

Brian and Margot Dunne live in Seaside year-round, with their daughters Liz and Evy. The Dunnes run a real estate company, quickly turning over rental houses to keep a roof over their heads. Together the family must navigate the unimaginable when a brain tumor suddenly transforms Brian, sparking violent outbursts and erratic emotions.

The Hotel Nantucket by Elin Hilderbrand

After a tragic fire in 1922 that killed 19-year-old chambermaid, Grace Hadley, The Hotel Nantucket descended from a gilded age gem to a mediocre budget-friendly lodge to inevitably an abandoned eyesore — until it’s purchased and renovated top to bottom by London billionaire, Xavier Darling. Xavier hires Nantucket sweetheart Lizbet Keaton as his general manager, and Lizbet, in turn, pulls together a charismatic, if inexperienced, staff who share the vision of turning the fate of the hotel around. They face challenges in getting along with one another (and with the guests), in overcoming the hotel’s bad reputation, and in surviving the (mostly) harmless shenanigans of Grace Hadley herself – who won’t stop haunting the hotel until her murder is acknowledged. 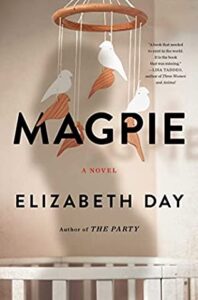 When their new lodger, Kate, becomes obsessed with her, her husband, and the baby they are desperately trying to conceive, Marisa must find out who Kate really is before she loses everything she’s worked so hard to create–her perfect romance, her perfect family, and her perfect self.

How to Raise an Antiracist by Ibram X. Kendi

Like most parents or parents-to-be, the author felt the reflex to not talk to his child about racism, which he feared would stain her innocence and steal away her joy. But research and experience changed his mind, and he realized that raising his child to be antiracist would actually protect his child, and preserve her innocence and joy. He realized that teaching students about the reality of racism and the myth of race provides a protective education in our diverse and unequal world. He realized that building antiracist societies safeguards all children from the harms of racism. 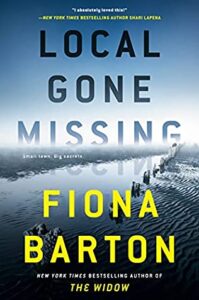 Detective Elise King investigates a man’s disappearance in a seaside town where the locals and weekenders are at odds with each other. The conflicts boil over when a newcomer wants to put the town on the map with a giant music festival, and two teenagers overdose on drugs. When a man disappears the first night of the festival, Elise is drawn back into her detective work and starts digging for answers.

A Face to Die For by Iris Johansen

Archaeologist Riley Smith has been obsessed with Helen of Troy since she was a small girl, trailing her professor father all over the world in search of the tomb of the world’s most beautiful woman. Professor Smith set out to prove that, instead of a myth, Helen had been a living, breathing queen who inspired Homer to write The Iliad. When tomb raiders murder Riley’s father, she is determined to reach the burial site first, get revenge for his death, and enlist Eve Duncan’s help. Now both Riley and Eve are in danger and in a race across one of the most remote parts of the world. 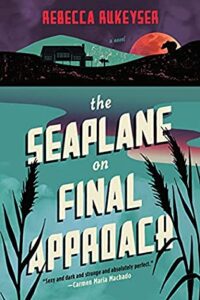 The Seaplane on Final Approach by Rebecca Rukeyser

With both their business and marriage failing, the owners of the Lavender Island Wilderness Lodge in Kodiak Archipelago find their lives changed by their new baker and housekeeper whose secret obsession with sex becomes more perverse, elaborate and destructive.

So Happy for You by Celia Laskey

Robin and Ellie have been best friends since childhood. When Robin came out, Ellie was there for her. When Ellie’s father died, Robin had her back. But when Ellie asks Robin to be her maid of honor, she is reluctant. A queer academic, Robin is dubious of the elaborate wedding rituals. But loyalty wins out, and Robin accepts. Yet, as the wedding weekend approaches, a series of ominous occurrences lead Robin to second-guess her decision. It seems that everyone in the bridal party is out to get her. Perhaps even Ellie herself. 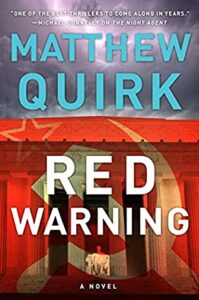 A CIA agent must track down a Russian deep cover operative hiding in D.C. before he can put a devastating, decades-old plot into motion in this adrenaline-fueled thriller from the author of Hour of the Assassin.

These Impossible Things by Salma El-Wardany

It’s always been Malak, Kees, and Jenna against the world. Since childhood, under the watchful eyes of their parents, aunties and uncles, they’ve learned to live their own lives alongside the expectations of being good Muslim women…With growing older and the stakes of love and life growing higher, the delicate balancing act between rebellion and religion is becoming increasingly difficult to navigate. As their lives begin to take different paths, Malak, Kees, and Jenna–now on the precipice of true adulthood–must find a way back to each other as they reconcile faith, family, and tradition with their own needs and desires. 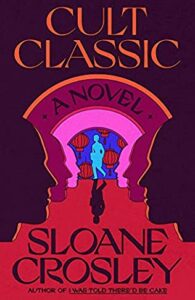 One night in New York City’s Chinatown, a woman is at a work reunion dinner with former colleagues when she excuses herself to buy a pack of cigarettes. On her way back, she runs into a former boyfriend. And then another. And . . . another. Nothing is quite what it seems as the city becomes awash with ghosts of heartbreaks past. What would normally pass for coincidence becomes something far stranger as the recently engaged Lola must contend not only with the viability of her current relationship but the fact that both her best friend and her former boss, a magazine editor turned mystical guru, might have an unhealthy investment in the outcome. Memories of the past swirl and converge in ways both comic and eerie, as Lola is forced to decide if she will surrender herself to the conspiring of one very contemporary cult.

A novel about a young Black woman who walks the streets of Oakland and stumbles headlong into the failure of its justice system. Kiara Johnson and her brother Marcus are barely scraping by in a squalid East Oakland apartment complex that calls itself, optimistically, the Royal-Hi. Both have dropped out of high school, their family fractured by death and prison. But while Marcus clings to his dream of rap stardom, Kiara hunts for work to pay their rent-which has now more than doubled-and to keep the 9-year-old boy next door, abandoned by his mother, safe and fed. What begins as a drunken misunderstanding with a stranger one night soon becomes the job Kiara never wanted but now desperately needs: nightcrawling. And her world breaks open even further when her name surfaces in an investigation that exposes her as a key witness in a massive scandal within the Oakland police department.

Out of the Clear Blue Sky by Kristan Higgins

When her husband suddenly leaves her for another woman, Lillie, furious and with limited options of whom to turn to for help, finds unexpected allies who come to her aid, while, at the same time, she comes to theirs.

It All Comes Down to This by Therese Anne Fowler

Three sisters–Beck, a freelance journalist; Claire, a pediatric cardiologist; and Sophie, an Instagram influencer–come together to sell the family’s summer cottage in Maine, which becomes complicated by an enigmatic ex-con with his own hidden past.

England, 1882. At an institute where children with gifts—the Talents—have been gathered—and where the world of the dead and the world of the living threaten to collide, they discover the truth about their abilities and that the worst monsters sometimes come bearing the sweetest gifts.

Tracy Flick is the hardworking assistant principal at a public high school in suburban New Jersey where she, energized by the prospect of a long-overdue promotion, sets out to prove her worth and get what she deserves.

Any time you want reading recommendations, call us at 725-5242 or email helpdesk@curtislibrary.com.  We love to help you find your next great read!

Pamela is an Adult Services Librarian. She selects titles for our collection in the areas of Large Print, Mysteries, Science & Technology, Health & Wellness, Fiction, and Performing Arts.